Programme
Download the Programme and Abstracts Booklet by clicking on one of the blocks below.

The SACSC 2020 will use Zoom as its virtual platform. Please view this guidelines document for information on how to install and use Zoom, as well as for guidelines for session presenters, chairs and hosts. 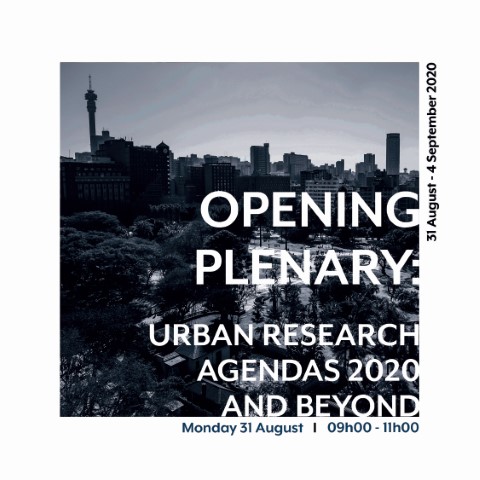 This panel brings together a group of urban studies Research Chairs in the country, to reflect on their particular research agendas - where their intellectual energies are in relation to their broader understanding of the urban agenda currently and in the future. 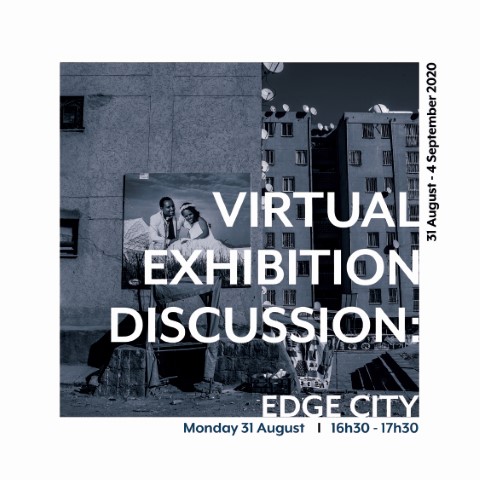 Edge City is an exhibition of Mark Lewis's photographs depicting life in the urban peripheries of South Africa and Ethiopia. The images powerfully depict the contrasting experiences of living on these city fringes, and were taken as part of the Living the Urban Peripheries research project. The broader research was undertaken over a three-year period by a team from the University of Sheffield and the University of the Witwatersrand. The virtual exhibition will be live on the conference website over the conference week, and delegates are invited to engage with the photographer and members of the research team during the discussion session. 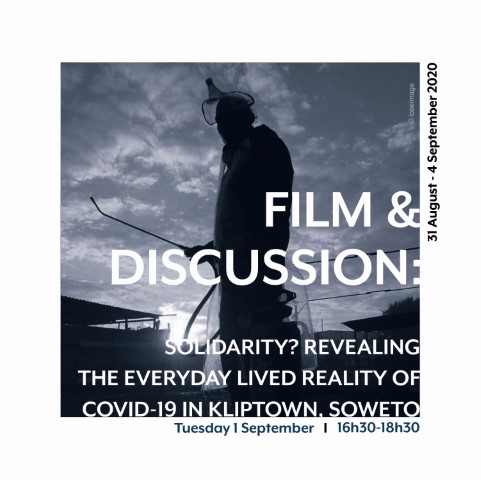 The film will be preceded by the distribution of the written story of the early months of our 1955 Kliptown Covid-19 initiative. The documentary film then critically challenges the government's absence in Kliptown during the Covid-19 response and its consequence to the everyday. Our seven years of collaborative, activist research into the character and cultural use of space, housing and basic service delivery within this community adds a deeply rooted complexion to the film's storyline. We further draw on Steve Biko's argument for the critical connection between community and culture, and his commitment to a form of activism that manifests in real life community development projects responding to community needs. The character of the film's narrative reflects the historic lineage of theatre's role in South African civic discourse and its shift from protest theatre to a theatre of resistance. In this way it taps into today's Covid-19 moment. A moment which has shone light on the decades old, unaddressed issue of inadequate taps, toilets, electricity and high density in Kliptown, all of which have led to ongoing general poor health and made compliance with the protective Covid-19 health guidelines impossible for the residents to meet. Through visual creativity and street corner theatre the film draws together the residents' fears, vulnerability, anger with the compelling action of a few to change their own situation.
READ: In solidarity READ: Kliptown superheroes WATCH: Film trailer 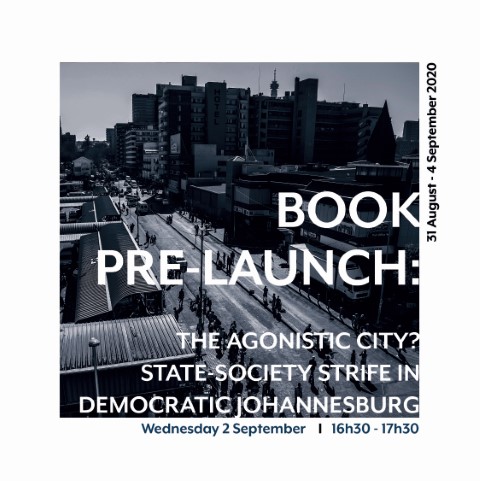 SPEAKER:
Li Pernegger (School of Architecture and Planning, University of the Witwatersrand)

Drawing from my recently completed book manuscript, I consider state- society strife from the state's view point. Within the context of rising protests globally and given democracy's consensus-seeking drive, this dissensus seems to symbolise a failure of legitimate governance. In South Africa too, despite its miraculously peaceful transition from apartheid, 'service delivery' protests epitomise both destructiveness and distrust in the fledgling democracy. I track the complexity of over 450 protests since the establishment of the first democratic local government in Johannesburg in 1996 to 2015. Within this story of city strife, I focus on the policy contexts surrounding the water wars of Orange Farm; the struggle streets of inner city informal trading; and the billing backlash of middle-class malcontents. To this strife, I applied the prism of agonism – Belgian philosopher Mouffe's (2000) notion that conflict can be a constructive force in democratic governance, rather than a negative one that locates conflict at the side-lines of governance. I found that the local state responded agonistically and antagonistically, sometimes even simultaneously, and at multiple levels. Although there are constraints to and complexities of agonistic practices, agonism offers possibilities for practical application in cases of state-citizen conflict by offering a different way for the state to consider conflict and interact in its processes. 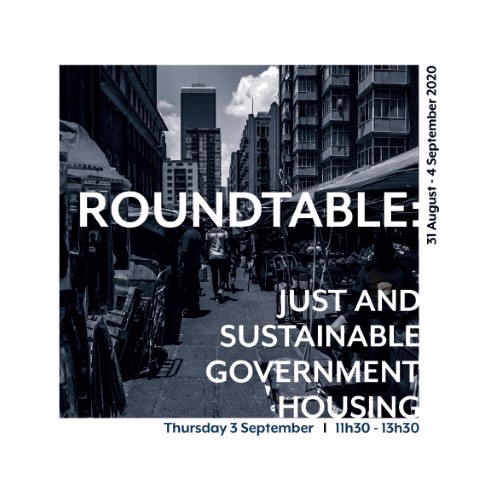 In South Africa, the provision of housing is linked explicitly to the attainment of the social justice imperatives of access to shelter and basic services, as well as redressing inequality and unsustainability in cities. However, there is no consensus regarding how government should balance the immediate need for housing within the context of existing unsustainable and unjust urban form, resource constraints and high inequality. There are persistent debates around the relative costs and benefits of different approaches, specifically the location and form of government housing developments. Furthermore, decision-making processes and how knowledge influences decisions with respect to government housing projects are inadequately understood. While there is high-level agreement on the importance of building cities that are sustainable and just, there is no consensus – neither in theory nor application – regarding the best ways of achieving these outcomes. This lack of consensus is in part because of the wide range of ways of measuring and assessing progress towards environmental sustainability and social justice. All of these elements - approaches to urban development, ways of understanding the consequences of urban development, and the local South African context – influence decision-making around government housing developments. The aim of this session is to engage in discussion and debate around government housing and its ability to contribute towards more just and sustainable cities. The session will be opened with the presentation of two government housing case studies in Johannesburg, Pennyville and Lufhereng, which are located close to the CBD and on the urban edge respectively. These developments are both argued, although in different ways, to be in line with government's housing programme, which explicitly seeks to provide housing in 'well-located' areas and ensures access to services and economic opportunities. The case studies draw on interview and survey data to explore the social justice and environmental sustainability outcomes of these housing developments. The findings will provide the basis for a round table discussion, intended to draw out broader insights on government housing.

Key themes will include: We invite the participation of academics, government officials and practitioners who are involved or interested in these debates. 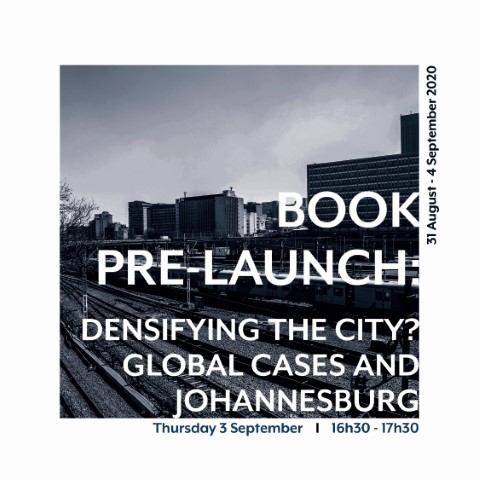 SPEAKER:
Margot Rubin (School of Architecture and Planning, University of the Witwatersrand) 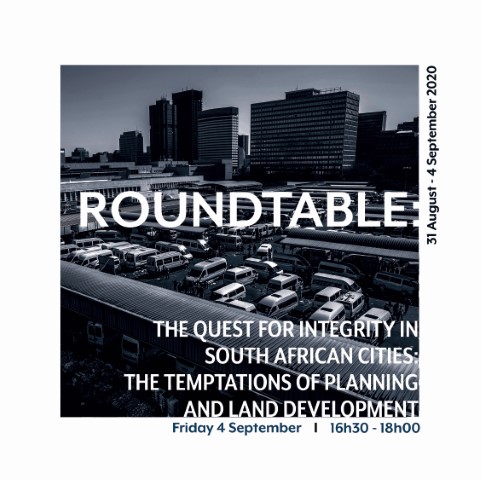 ROUNDTABLE: The Quest for Integrity in South African Cities: The Temptations of Planning and Land Development
Friday 4 September: 16h30 - 18h00

Local government is the main interface for service delivery and citizen engagement. It is also the point at which permissions are granted for the development of land, which gives rise to many temptations for corruption as the value of land can be so dramatically affected by these permissions. So trust in local government is key for ensuring a just, sustainable and equitable urban future. There have been recurrent reports of corruption, maladministration and conflicts of interests across different South African municipalities. While some have been put under administration, others are still in the process of probing allegations, collecting evidence and investigating key role players. This event brings together a high-profile panel of local government expert practitioner, who will share their first-hand experience of dealing with the challenges of corruption and the breakdown of critical urban governance processes. Panellists will further discuss what they believe could be done to mitigate against corruption and what role professional integrity might play in this process. 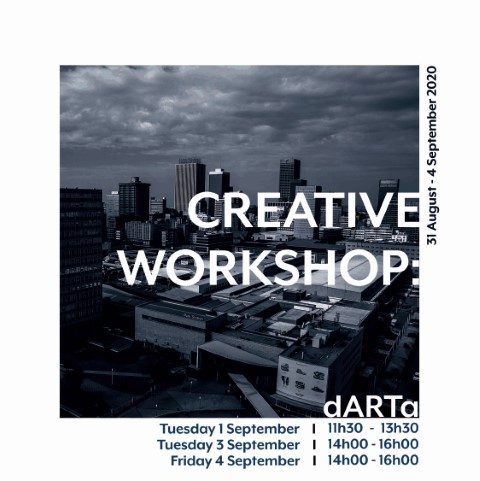 dARTa brings data geeks and creatives together with the goal of bringing important city data to life in a way that appeals to the general public, while still conveying the meaning of the data. The event will entail three 2-hour sessions. In the first session, geeks will be teamed up with creatives, the project will be introduced and teams will have time to come up with a concept to create art out of data in any format including graphic design, sculpture, painting, dance, music, etc. A library of data will be available but participants are encouraged to use their own data too. In the second session teams will work on developing their project. Teams are also welcome to work on their projects in between sessions. In the third session, projects will be finalised and presented.

The main outcome will simply be the experience of the event, however, it is hoped that dARTa will: Creative outputs can be simple - you don't need to be an artist or a data scientist to take part. The event is for anyone who is interested in telling stories with data. Participants from all disciplines and skill levels are encouraged to join.
READ: dARTA Workshop Flyer WATCH: dARTa Creative Workshop output Making SA Pollution Tangible Boring Data Interesting Data Comic Panel Libraries Comic Panel Parks